A weekend escape to Dalmatia on our E-MTB tour Hvar Island, Croatia

On our 4-day ‘Espresso Adventure’ E-MTB Tour on beautiful Hvar Island you will immerse yourself in “fjaka;” the laid-back way of life in Dalmatia. Pedalling your e-mountain bike around Hvar Island – Croatia’s sunniest island – you’ll indulge in local culinary delights, experience the history of Dalmatia dating back to the Greeks, and soak your muscles in the vitamin-rich Adriatic Sea. 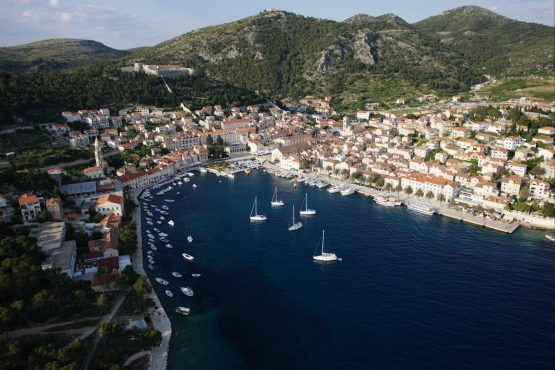 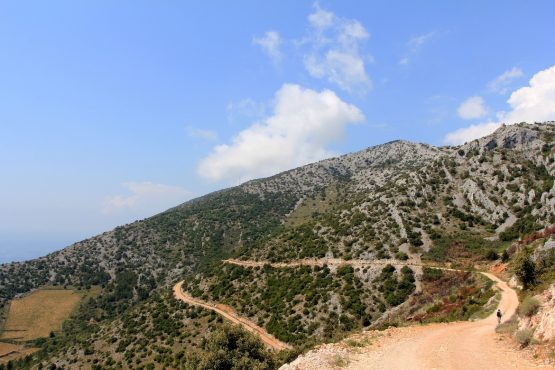 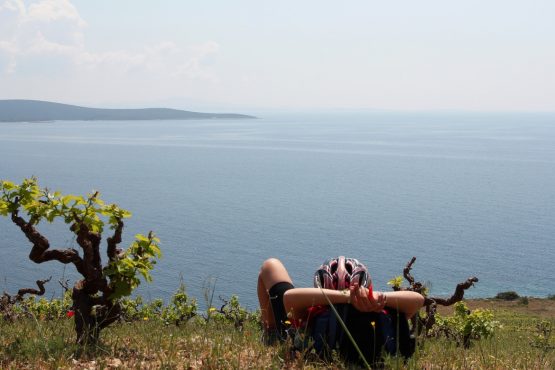 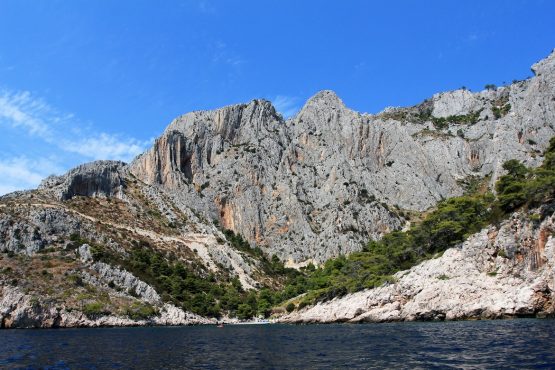 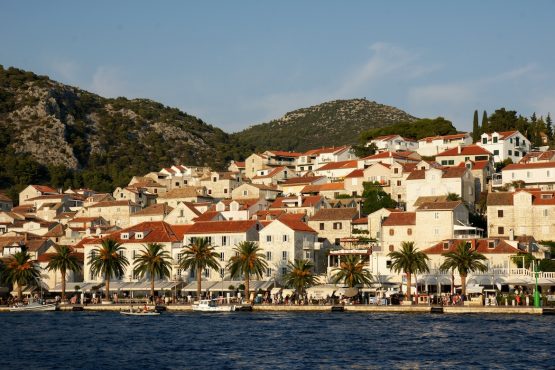 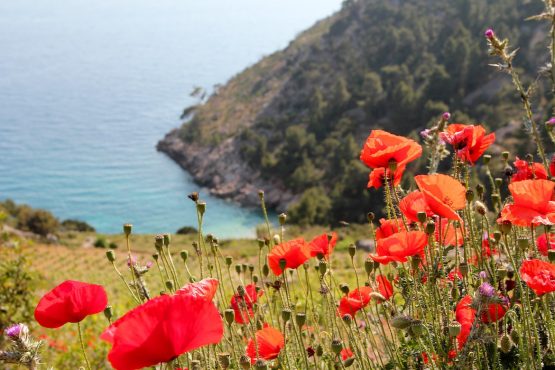 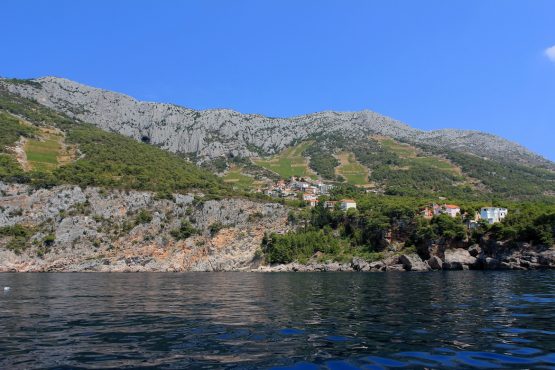 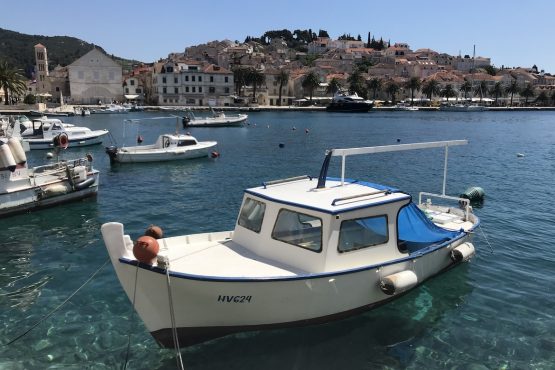 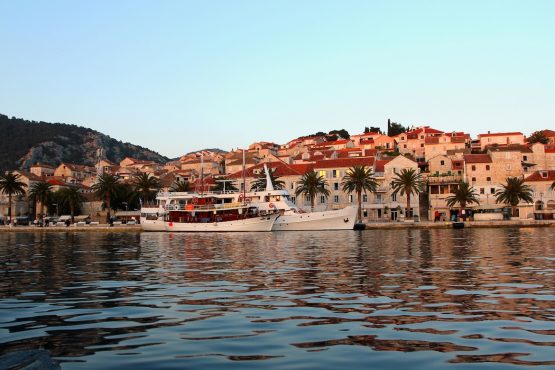 This long weekend E-MTB Tour Hvar Island in Croatia is the ideal way to de-stress, unwind and treat yourself, whilst exploring the breathtaking scenery and rich cultural sites of Dalmatia by e-mountain bike. Here are some of the best bits:

Travelling as a group of friends/family? Contact us to create your own private trip.

Is this E-MTB Tour Hvar island for you?

We want you to make the most of every moment of your E-MTB Tour Hvar Island in Croatia, so it’s important to be sure that this is the perfect mountain bike adventure, with the right level of challenge, for you.

You ride your e-mountain bike on average once per week, and would be comfortable riding a variety of trails including: rooty singletrack through forests; gravel double track climbs; flowing descents; occasional rocky trails. Read more on our intermediate skill level.

+Day 0 - Arrival in Split
We recommend arriving in Split the day before the tour start date to ensure that you’re ready to get going on day 1 and make the most of your ‘Espresso Adventure’ E-MTB Tour in Croatia.


+Day 1 - Marjan Hill ride above Split + Ferry to Hvar
Your guide will meet you at 9:30am in Split Old Town, and you’ll head to a local café where s/he will go through the pre-trip briefing over an espresso and help you get set up with your e-mountain bikes.

Marjan Hill Nature Park is a protected area above Split Old Town, and the location for our warm-up ride. We pedal up to Telegrin, from which we have beautiful views over the harbour and Dalmatian islands. We’ll descend on a singletrack covered with pine needles and reach the Old Town just in time for lunch.

We’ll stop at a farmers’ market where we’ll sample specialities from the local producers. Cheeses, prosciutto, pogača, local flatbread reminiscent of Focaccia, burek (Balkan pastry filled with cheese of spinach) and an endless selection of tasty fruits – the fresh figs and cherries are to die for!

We board our ferry to the island of Hvar (2-hour journey) and enjoy a scenic trip overlooking the Mediterranean.

We’ll check in to our cosy hotel on the edge of the town of Hvar, giving panoramic views over Paklini islands. Dinner tonight is in a local konoba where we will be introduced to traditional Dalmatian cuisine.

+Day 2 - Hvar Island lavender trails - Busje to Milna
Hvar Island, the sunniest island in Croatia is, according to many, one of the ten most beautiful islands of the world. Its unrivalled combination of stunning landscape, Mediterranean mild climate, rich history and delicious cuisine attracts visitors from all around the world. But you can still find hidden gems, if you know where to look…

Ancient trails, secluded bays, ghost villages and stories of the past that are best discovered on two wheels, and with the help of our e-mountain bikes we can see plenty in a day.

We’ll pedal uphill on trails lined with lavender, rosemary and pine, their aromatic scents accompanying us all the way to Brusje village. Cultivation of lavender played an important role in the island˙s economy and in 1974 Hvar was the 8th biggest producer of lavender in the world.

We’ll ride on gravel road, fire roads and singletracks, with the Adriatic in sight all the way. We’ll stop in the village of Malo Grablje for a light lunch in a local “konoba”, then descend on old mule tracks and scenic trails along the coast. We’ll reach the small fishing village of Milna Bay and finish our ride pedalling back to Hvar old town.

As the sun descends in the sky, you can choose to do an extra climb up to a Spanish Fortress, a medieval citadel built to defend the city against the Turks, or take a refreshing swim in the Adriatic.

+Day 3 - Hvar Island Greek Trails + Transfer to Trogir
We have another day to explore Hvar’s inland and network of ancient villages. Stari Grad Plain, protected by UNESCO, is a cultural landscape that has remained practically untouched since it was first colonised by the Greeks in the 4th century BC.

We’ll ride our eMTBs through the nature reserve and stop for an olive oil tasting. We’ll continue all the way up to St. Nikola, the highest peak on Hvar and stop for lunch in a fantastic agriturismo which serves only their own organic products.

After lunch we’ll descend back to Stari Grad on a mixture of double track, singletrack, gravel and road, and catch our afternoon ferry back to the mainland.

When we reach Split we have another 20-minute drive to another picturesque, historic town on the Adriatic, Trogir. After some downtime to freshen up and explore this UNESCO World Heritage Site, we will reunite for our farewell dinner.

+Day 4 - Departure
With the airport only a 5-minute drive away you may have time this morning to visit Trogir’s market before we have to say farewell. It’s been a short, but very sweet adventure, packed full of incredible trails, landscapes, laughs and fabulous food to give you a taste of what’s on offer in this glorious corner of Croatia.

Please note: Your E-MTB Tour Hvar Island is a living thing, being influenced by multiple factors such as changing weather conditions, group riding abilities, trail damage, to name a few. Your local guides are experts in guiding e-mountain bikers on the coastal trails and inland terrain of Croatia and will be continually assessing these factors and making tweaks to the itinerary where necessary to ensure that every member of the group makes the most of every moment of their ‘Espresso Adventure’ E-MTB Tour Hvar Island.

* Single supplement is only applicable if you are travelling solo and do not wish to share a room with another rider of the same sex. If you’re happy to do that, you need not add the supplement.

H+I Adventures is bonded by the Association of Bonded Travel Organisers Trust Limited (ABTOT), so you can be sure that when you book with us your money will be safe.

Please note: Your E-MTB Tour Hvar Island is a living thing, being influenced by multiple factors such as changing weather conditions, group riding abilities, trail damage, to name a few. Your local guides are experts in guiding e-mountain bikers on the coastal trails and inland terrain of Croatia and will be continually assessing these factors and making tweaks to the itinerary where necessary to ensure that every member of the group makes the most of every moment of their ‘Espresso Adventure’ E-MTB Tour Hvar Island.

+Skill + fitness levels required
Does this sound like you? Your vacation time is precious and we want to be absolutely sure that you’re making the most of it, by finding the perfect e-mountain bike tour for you. Be honest with yourself, if this adventure isn’t right for you, we have other E-MTB tours that may well be a better fit for your e-mountain biking experience and ability.

Please note: The skill level required reflects an overall rating for the trails on the trip but you should expect to find sections and obstacles that push your ability levels.

We advise you arrive the day prior to your tour start date and spend one night in Split, allowing an early start the following morning. We have created this handy guide to spending 24 hours in Split before the start of your Hvar Island Croatia adventure.

On the last day of the tour, your guide will ensure you are dropped off at Split airport in time for your return journey.

Please contact us if you would like assistance with your travel plans or hotel recommendations in Split.

Should you wish you travel with your own E-MTB, you can now do so thanks to our partners at Ship to Cycle, who will courier your E-MTB door to door. All riders who join us will receive an exclusive discount to use the service.

+Packing for your adventure
Please read the full kit list before you start packing, so that you have everything you need for your E-MTB Tour Hvar Island!

We have a fleet of high quality e-mountain bikes available for rent on your Espresso Adventure E-MTB tour of Hvar Island, so you don’t need to worry about travelling with your own E-MTB.

They are qualified in first-aid and they have the knowledge and experience to lead a group safely in these wild and beautiful parts of Croatia.

Our guides have years of experience in the saddle on the trails of Hvar Island and will be able to enhance your trip with facts and fables on local history, flora and fauna. They’re also genuinely nice people and will do their best to make sure that everyone in the group has a great time.

+Accommodation + food
We aim to use the best, locally-run accommodations in each country, where you will receive the warmest of welcomes.

This ‘Espresso Adventure’ E-MTB Tour Hvar Island is no exception. You’ll spend two nights in a funky small hotel in Hvar town, then the final night at a small hotel in Trogir.

Food and drink are a huge part of this tour, and you’ll sample traditional and modern dishes made from the freshest, locally-sourced ingredients, and you’ll taste the finest Croatian wines.

+Travel insurance
You are required as a condition of booking to be insured against medical and personal accident risks. In this policy you must include cover for mountain biking and we recommend that you take out a policy which covers tour cancellation and baggage loss/damage.

We work closely with WorldNomads who are adventure travel specialists and who provide cover for travellers residing in most countries around the world.

For UK and EU travellers, True Traveller also cover adventure sports such as mountain biking and their policies are designed by experienced travellers.

Please note: Your E-MTB Tour Hvar Island is a living thing, being influenced by multiple factors such as changing weather conditions, group riding abilities, trail damage, to name a few. Your local guides are experts in guiding e-mountain bikers on the coastal trails of Croatia and will be continually assessing these factors and making tweaks to the itinerary where necessary to ensure that every member of the group makes the most of every moment of their ‘Espresso Adventure’ E-MTB Tour Hvar Island.